Sheikh Nuh Ha Mim Keller was born in the northwestern United States in 1954. He read philosophy and classical Arabic at the University of Chicago and UCLA, and became Muslim in 1977. He was a disciple in the Shadhili order of the Sufi master and poet Sheikh ‘Abd al-Rahman al-Shaghouri of Damascus from 1982 until the latter’s death in 2004, and was authorized as a sheikh in the order by Sheikh ‘Abd al-Rahman in 1996. He has studied Shafi’i and Hanafi jurisprudence, hadith, and other subjects with traditional scholars in the Middle East, and in the 1980s, under the tutelage of Islamic scholars in Syria and Jordan, produced Reliance of the Traveller, the first translation of a standard Islamic legal reference in a European language to be certified by al-Azhar, the Muslim world’s oldest institution of higher learning. 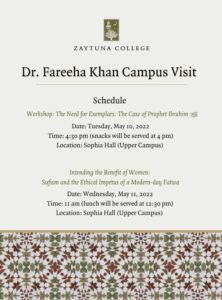 WORKSHOP A well-known Muslim feminist posted a short article online some years ago. It was a reflection on her Hajj experience. In her article, she extolls the strength and tenacity 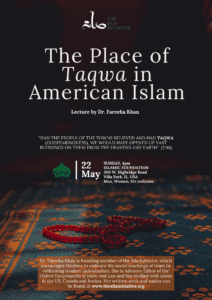 “Had the people of the towns believed and had taqwa (Godfearingness), We would have opened up vast blessings on them from the heavens and earth” (7:96) Descendants of immigrant Muslims Have taqwa of Allah, and you’ll find Him before you. Is it true that men get to benefit more from Ramadan? Are menstruation, cooking for fasting family and friends, and 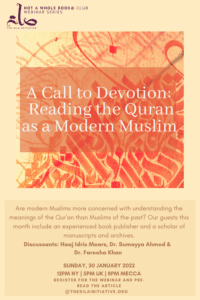 A Call to Devotion: Reading the Qur’an as a Modern Muslim

Are modern Muslims more concerned with understanding the meanings of the Qur’an than Muslims of the past? Join us for this month’s Not-a-Whole-Book club session on A Call to Devotion: 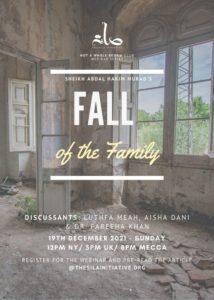 Fall of the Family – Discussion

Muslims arrived in the UK at a time when much of the majority population held similar social values. But things have changed, and continue to change fast. The “Not A

The Bad Kind of Remorse

Teach Taqwa Through Your Example

The Point of Mistakes