A well-known Muslim feminist posted a short article online some years ago. It was a reflection on her Hajj experience. In her article, she extolls the strength and tenacity of Hajar—who she marks as a black single mother—and decries Sayyiduna Ibrahim ‘alayhi al-salam for leaving her and their baby alone in the desert. Her criticism of the Prophet Ibrahim ‘alayhi al-salam caused some distress among Muslims on social media, but her criticism was in fact not as shocking as it seems at first glance. In this workshop, Dr. Fareeha Khan will describe a major intellectual shift that has occurred in the modern period, which has led some to distrust the prophets of God instead of taking them as indisputable exemplars. She will then lead the students in an engaging discussion, asking them their own thoughts on the factors that may lead some to question and misunderstand the metaphysical reality and spiritual lessons in the Ibrahim ‘alayhi al-salam story (as described in the required reading). Dr. Fareeha will also guide them through practical considerations, both socially and intellectually, that may remedy this situation.

Dr. Fareeha Khan is an intellectual historian who works on issues related to modern society and Islamic legal and spiritual practice. She is founding member of the Sila Initiative and has served as editor for the Oxford Encyclopedia of Islam and Law. 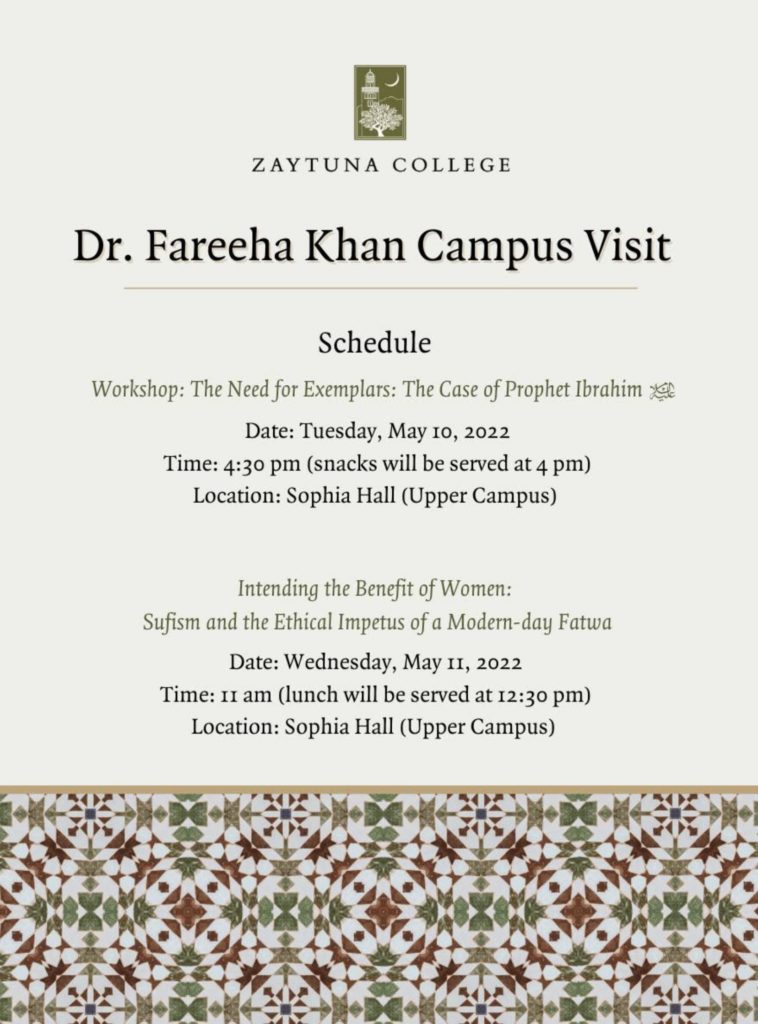