A Call to Devotion: Reading the Qur’an as a Modern Muslim

Are modern Muslims more concerned with understanding the meanings of the Qur’an than Muslims of the past? Join us for this month’s Not-a-Whole-Book club session on A Call to Devotion: Reading the Quran as a Modern Muslim with author Dr. Fareeha Khan and discussants Haaj Idris Mears and Dr. Sumayya Ahmed. Our guests this month include an experienced book publisher and a scholar of manuscripts and archives.


The Sila Initiative · 5. A Call to Devotion: Reading the Qur'an as a Modern Muslim – "Not-a-Whole-Book Club" Series

Sumayya Ahmed, born and raised in Chicago, IL USA ,converted to Islam in 1995 after meeting Muslims who were very generous of spirit. She holds a B.A. from Wesleyan University in Sociology and African American Studies, an M.A. from Georgetown University in Arab Studies, and a Ph.D. from the University of North Carolina at Chapel Hill in Information Science with a focus on Archives and Documentary Heritage in North Africa. Dr. Sumayya was the co-editor of the 2016 De Gruyter volume, “Library and Information Science in the Middle East and North Africa.” She is a professor of archives and lives in Boston with her husband and children.

Dr. Fareeha Khan is an intellectual historian and a founding member of the Sila Initiative. She holds an MA from the University of Chicago in Middle Eastern Studies and a PhD in Islamic Studies from the University of Michigan. She has also studied with Muslim scholars in Jordan, the US and Canada. Born and raised in Chicago, she now lives with her husband Ibrahim Mansoor in Jeddah, Saudi Arabia where she continues to write and conduct research. 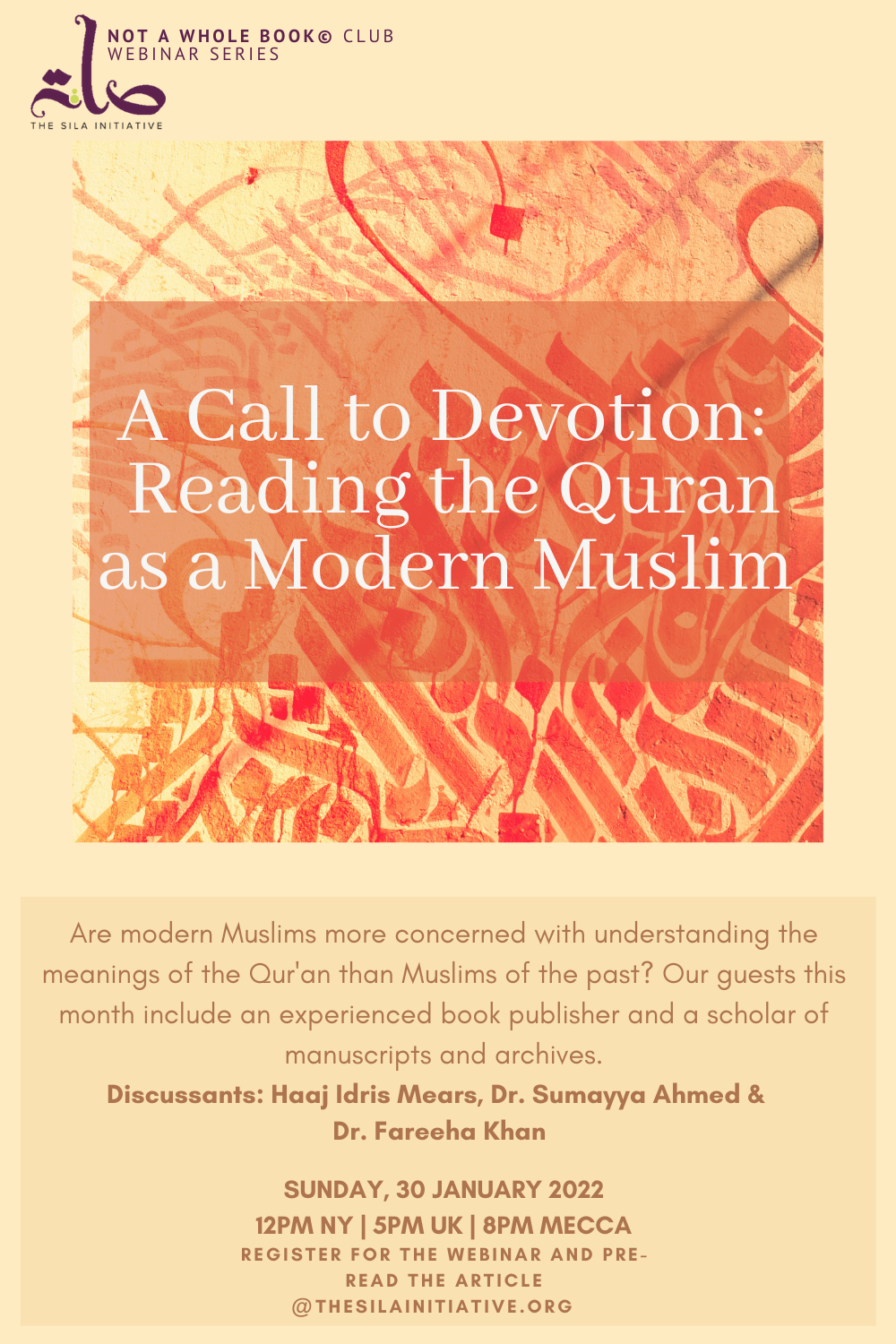 Sexual Responsibility and the Fulfillment of Desire